Hot Air Balloon Rides. Experience the skies like never before Take your sweetheart on a ride of a lifetime and make a memory that both of you will never forget. 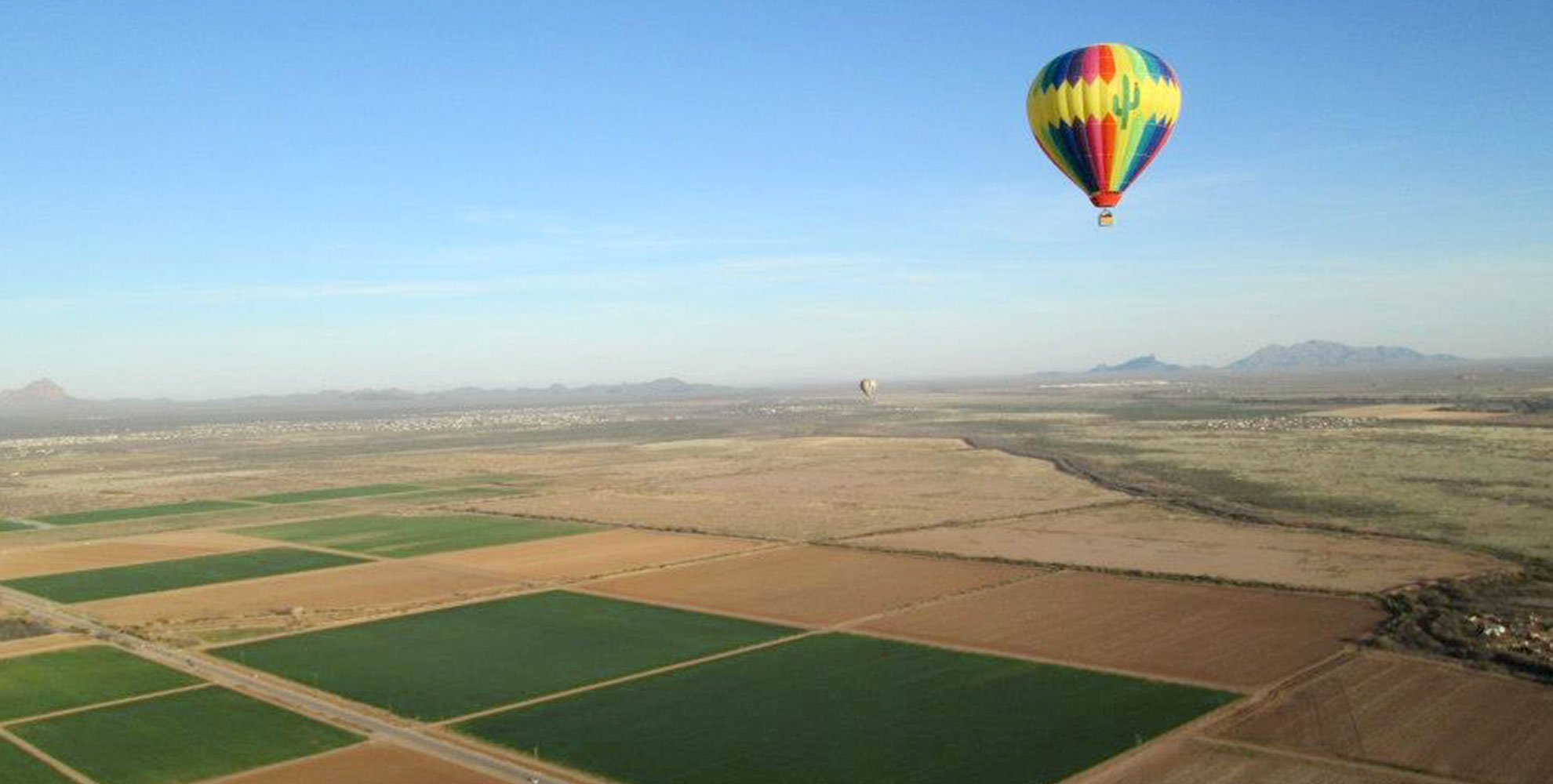 See the land from a birds eye view.

Southern Arizona Balloon Excursions has been family owned and operated for more than 30 years. Established in Tucson, Arizona in 1988, Patrick and Boby Nilz dreamed of sharing their passion for ballooning with winter visitors by offering a ‘bird’s eye view’ of the Sonoran landscape. Over 30,000 guests have enjoyed ballooning with us since our founding.

OUR MOST POPULAR RIDES

A LITTLE BIT ABOUT OUR HOT AIR BALLOON PILOT Paddy was exposed to hot air balloon rides very early in his life, in fact, his first flight was when he was just 18 days old. Both parents, Pat and Boby Nilz, are pilots and have been flying in the Tucson area since the early ’80s.

Paddy started training to become a pilot when he was 14 years old with his student license. By age 16, he had obtained his hot air balloon private pilot’s license. By age 17, he obtained his fixed-wing license, and by age 18 received his commercial hot air balloon pilot’s license. He also went on to get an IFR rating in fixed-wing and is working towards his fixed-wing commercial license at the age of 21. Paddy has flown hot air balloons all over the world in countries such as Mexico, Belgium, Austria, Germany, the Netherlands, and the Czech Republic, to name a few. He even competed in the Junior World Hot Air Balloon Championships in Poland in 2018 and represented team USA.

Growing up in the Tucson/Marana area, Paddy would go flying with his parents most days before school even started. He has always loved flying over the desert, feet above the cacti, looking for all of the wildlife the Sonoran desert has to offer. In his free time, Paddy frequents Rocky Point in Sonora, Mexico where he also flies his hot air balloons on occasion.